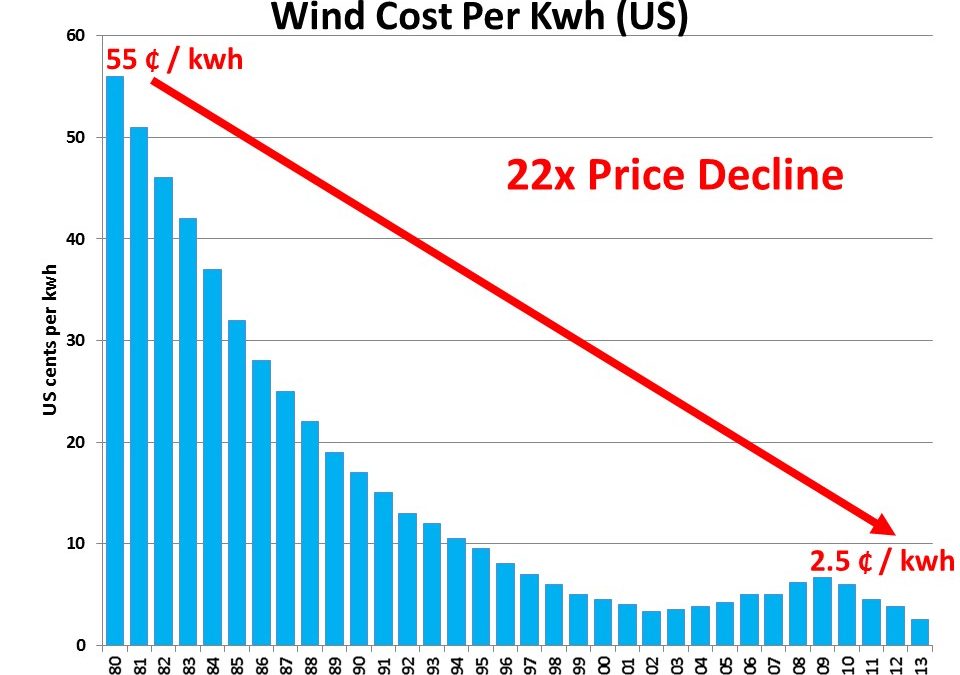 Wind energy pricing for land-based, utility-scale projects remains attractive to utility and commercial purchasers, according to an annual report released by the U.S. Department of Energy and prepared by the Lawrence Berkeley National Laboratory (Berkeley Lab). Prices offered by newly built wind projects in the United States are averaging around 2¢/kWh, driven lower by technology advancements and cost reductions.

Key findings from the U.S. Department of Energy’s “Wind Technologies Market Report” include:

Berkeley Lab’s contributions to this report were funded by the U.S. Department of Energy’s Office of Energy Efficiency and Renewable Energy.

Additional Information: The full report, 2016 Wind Technologies Market Report, a presentation slide deck that summarizes the report, several data visualization, and an Excel workbook that contains much of the data presented in the report, can all be downloaded from: windreport.lbl.gov

The Department of Energy’s release on this study is available at: https://energy.gov/eere/wind/downloads/2016-wind-technologies-market-report

Lawrence Berkeley National Laboratory addresses the world’s most urgent scientific challenges by advancing sustainable energy, protecting human health, creating new materials, and revealing the origin and fate of the universe. Founded in 1931, Berkeley Lab’s scientific expertise has been recognized with 13 Nobel prizes. The University of California manages Berkeley Lab for the U.S. Department of Energy’s Office of Science. For more, visit http://www.lbl.gov. The Electricity Markets & Policy Group at Berkeley Lab is online at emp.lbl.gov, and can be followed on Twitter at @BerkeleyLabEMP.

DOE’s Office of Science is the single largest supporter of basic research in the physical sciences in the United States, and is working to address some of the most pressing challenges of our time. For more information, please visit science.energy.gov.